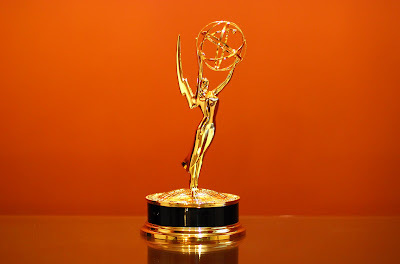 Last Thursday was a beautiful sunny day in New Orleans, one of those days with an optimistic crispness in the air.  You know the kind where everyone you meet is a friend and you have one of those portals of light shining on you allowing you to see clearly.
My dear friend and collaborator, Mac Premo, gave me a call and said, "hey man, you still own a tux right?" I said, "yes, why"?  "You're nominated for an Emmy for best music composition".  "NO WAY", I said.  "What the Hell for"?  I didn't even remember what piece of music I had written that could merit a nomination of any sort.  So I'm feeling really good now, wow I needed some good music news.  So many days are spent writing and rewriting music and falling in love with new songs.  There's always a battle though, on one shoulder there's the guy who thinks everything is great and the path of creativity is lined with roses and that I'm noble for braving the path of integrity.  The other guy thinks I'm an idiot and sees no value in creating and wants me to show him the money.  I'm always ignoring this little fucker or shooing him away, so Mac's phone call really put him away for good.
I've never been a fan of award shows, until I was nominated.  I guess you get pissed over time watching everyone else validate their creative selves.  Win or lose, this was a confidence builder for me to keep making the music that comes to me in the middle of the night singing in my bathroom.  The funniest thing about all this is that Mac and I met in the East Village, NY on the stick ball field.  We never talked music, art or anything but balls and strikes until one day we realized that we were both artists.  It's so funny years later what a stick and a ball has brought me.  Much joy today along the path of integrity.  Small steps! 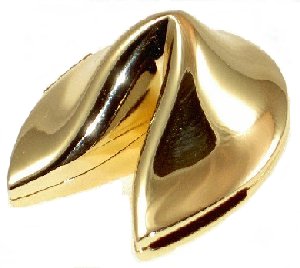 Endurance and persistence will be rewarded!
Posted by Louque at 7:06 AM No comments: 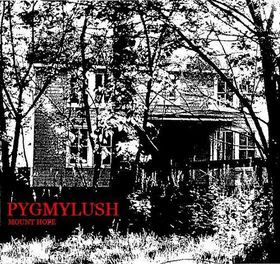 One night in the middle of it, I woke up hearing some noise in the neighbors back yard and it was them belting out a song along with an acoustic guitar.  My immediate reaction was to open the window and yell at them but stopped to listen to the song and realized how great it sounded and didn't want them to stop.  The sound was an honest, joyful noise and I didn't want to disturb their screaming in the middle of the quiet night.
The next day I approached my neighbor and told him that I thought the song they were singing in the middle of the night was special.  He laughed embarrassingly.  "No", I said "really".  We sat and had a beer and he played a record of the band that was touring through New Orleans and I liked what I heard and ordered it in the Amazon used bins.  On my hands and knees finishing the tile work, I began to listen and track after track was as lovely noise, much like my neighbors Nocturne.  I'm in love with a new record, maybe I can let Sun Kil Moon rest for a bit.
Posted by Louque at 1:16 PM No comments: 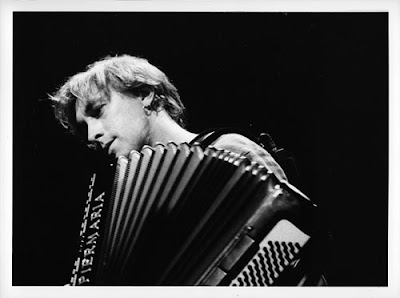 On Saturday, we went to see Yann Tierson play a  show at Republic.  Yann is a French composer and multi instrumentalist.  The music/musicians were very good but more suited for the theater.  Most of the songs were instrumental with Yann on guitar or violin.  I can see why he was chosen to record the soundtrack for Amelie.  His music is very cinematic and dreamy.
Director Jean-Pierre Jeunet chanced upon the largely accordion and piano driven music of Yann while driving with his production assistant who put on a CD he hadn't heard before.  Greatly impressed, he immediately bought Tierson's entire catalogue and eventually commissioned him to compose pieces for the film.   The soundtrack features both compositions from Tiersen's first three albums, but also new items, variants of which can be found on his fourth album, L'Absente, which he was writing at the same time. 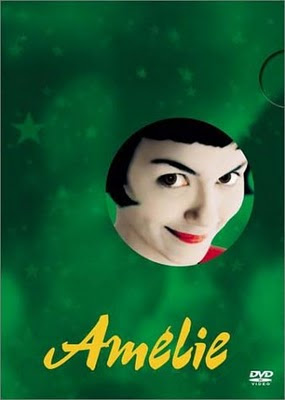 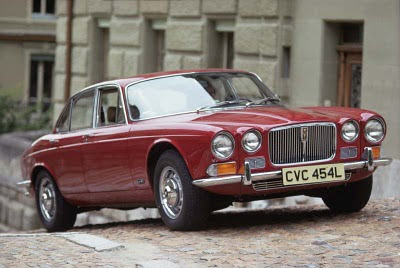 The Jaguar XJ is a luxury saloon sold under the marque. The XJ was launched in 1968 and has served as Jaguar's flagship model for most of its production span which continues through to today. The original model was the last Jaguar saloon to have had the input of Sir William Lyons, the company's founder. 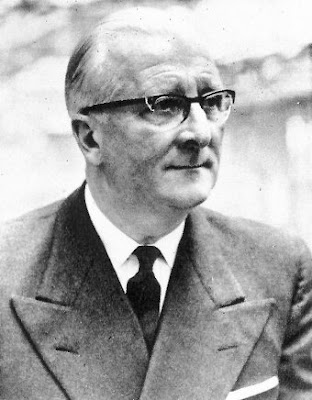 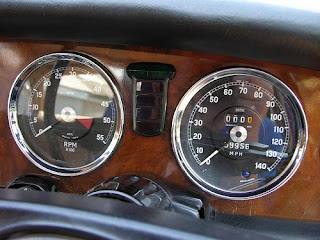 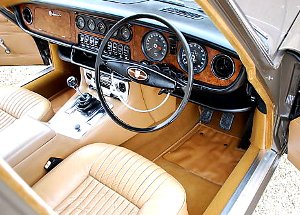 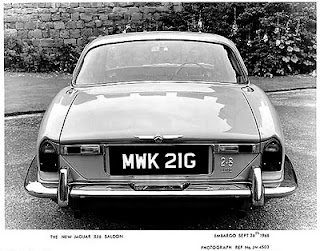 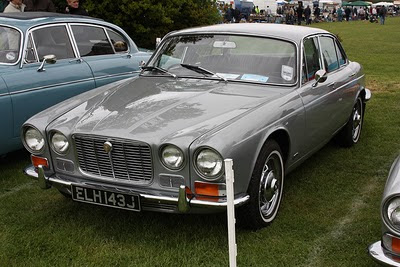 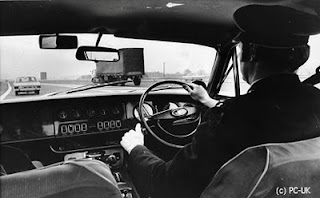 Posted by Louque at 9:46 AM No comments:

There was a time when I would lock myself away for days at a time trying to write and record but over time discovered that when a song wanted to be heard it would come at anytime it pleased.  I learned that I should focus on living life and having as many experiences as possible to draw from.  The past couple of weeks have been pretty busy hustling, renovating my kitchen and recording.  I'm seeing hexagon tiles in my sleep but now that we're nearing the completion of the job, I'm more inspired.  I firmly believe in getting the space I live in right.  I can't really live with florescent light, it really sucks the life out of me.  When we made "So Long" we rented an old apartment and fixed it up before starting the recording.  I don't think one note was recorded til everything was in place and the paint dryed.  It's just the way I tick I guess, can't think with clutter and uninspiring things lying around.  Fast forward to now and I'm full of paint, sanding cabinets, staining and hanging pendants and ending the night with a mic and a guitar.  I'm slowly easing out of my need for everything to be in it's place. 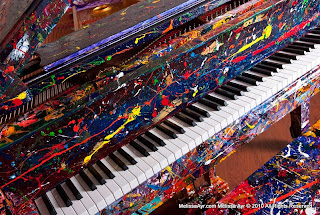 So tonight I'll be finally done overdubbing the first song and sending it on to Danny.  I can't wait to hear what he does with it.  On to the next song and then the next and then all the new ones that won't leave me alone in the middle of the night.  Quite a burden to be living with, each one is your precious child and need equal attention.  Oh well, I guess it's better than writer's block. 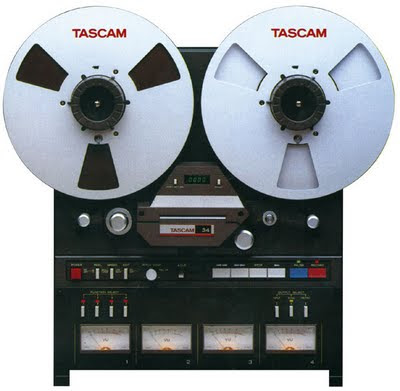 Posted by Louque at 1:14 PM No comments: 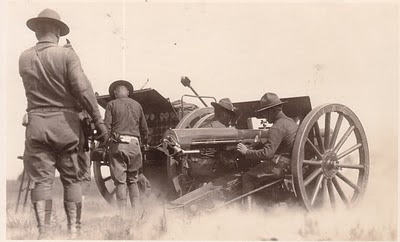 French 75 is a cocktail made from Gin, Champagne, lemon juice, and sugar. 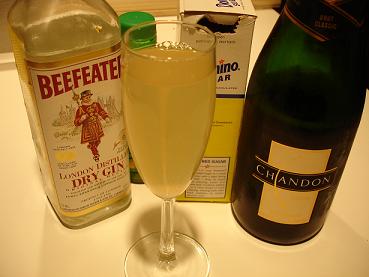 The drink was created in 1915 at the Paris landmark, Harry's NY Bar by barman Harry MacElhonne. The combination was said to have such a kick that it felt like being shelled with the powerful French 75 artillery piece, also called a "75 Cocktail", or "Soixante Quinze" in French. The French 75 was popularized in America at the Stork Club. 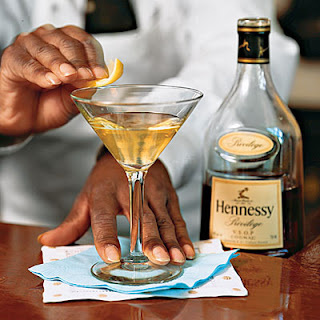 Posted by Louque at 1:27 PM No comments: 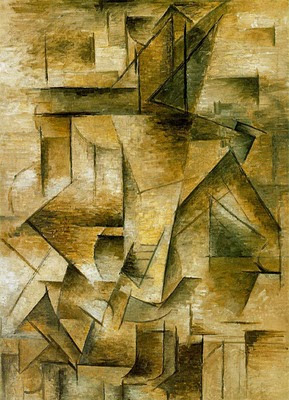 A few years ago when I was traveling and living out of a suitcase I began playing more guitar because of its portability.  While I began on piano in college studying Chopin, my love affair with writing came when I picked up a guitar.  After I toured during the "So Long" years, I made the "Louque the Drifter" record using mostly an acoustic parlor guitar.  Immediately after, I began the first project with "Royal Vagabonds".  Almost instantly I had an electric guitar in my hand and discovered that I had a certain sound on it.  I grew accustomed to sitting on the couch playing my new Fender Jazzmaster with no amp. I just loved the feel of it and was much easier than an acoustic.  One day while on tour, I picked up a small amp that was in an old cigarette box and was stunned when I got back to the hotel by its sound.  I quickly ran it through my Holy Grail reverb and the sound was just perfect. 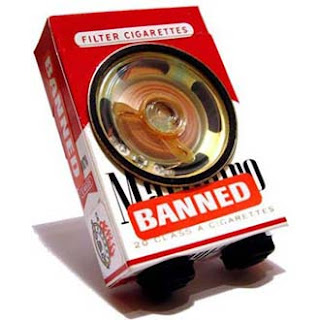 Over the time spent playing on the couch and hotel rooms, I grew fond of the subtle distortion this little box produced.  When we went into the studio for the Vagabonds project, we recorded "Wildfire" with it.  Of course the engineers and techies were looking at us like we were crazy but there's no denying the sound. 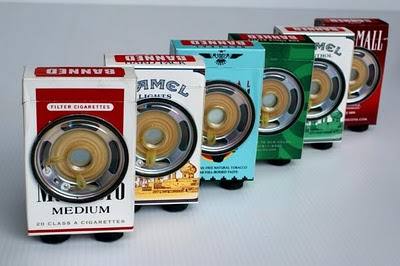 Over the course of recording "For the King's Court" we discovered that the Boss Blues Driver was the closest thing to these little beast when trying to play through the Fender Twin Amp.  I did play a solo show with this little one mic'd up.  The sound was high end but I did end up with a lot of people coming up to me asking how I got my guitar sound.  I just laughed when I left the place carrying only my guitar with amp inside the bag. 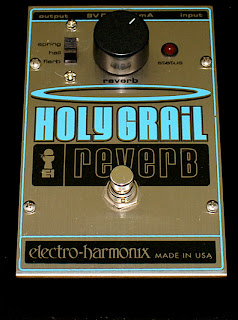 The other night I was experimenting with some electric guitar parts and mic'd up an old Pall Mall and I just shook my head when I heard it in the mix.  There's nothing like it.  It's not muscular like a real amp but it has it's place and demands your attention in the mix.
I often wonder how artist come up with their colors.  How much of it is intended and how much is accidental? Sometimes all of the colors we need are lying around the studio floors, or left in our guitar cases.
Posted by Louque at 11:54 AM No comments: