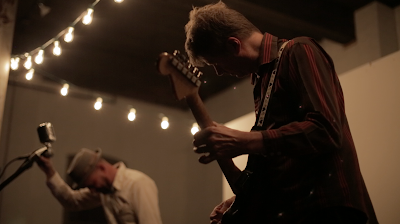 Nels Cline
In December, I set out on the road in my newly purchased VW Westfalia with a few shows booked and filled with the desire to work hard and do anything possible to build a sustainable business through music without having to sell my soul to a major corporation.

I worked a normal job for a while as I made records and practiced and tinkered with sonics and such. I admired fellow artist Oliver Jeffers and collaborated with him on some childrens audio books and watched his career blossom as he traveled the world.  I admired Mac Premo as he defiantly built a career for himself in NY and purchased a home with his wife Adrianna.  I was seeing friends in the Invisible Dog studio bldg build nice sustainable careers for themselves.  Everyday they'd get up with a smile on their faces blessed with work and vision and opportunities came.  Invisible Dog Studio is run by Lucien Zayan.

I got to travel a lot with Aaron Ruff of Digby & Iona and rummage through vintage items at Round Top in Texas and in Brimfield, MA all while he was slowly building his business.

All this reminded me of my dad when he was working as a machinist.  He loved it so much that when we'd be on vacation he'd go looking for tools.  It's no secret why he had success.  It required hard work but the passion and interest in the subject was there.  This is what I think is missing in the world today.  Perhaps another Crafts movement is happening now as people grasp for some sense of authenticity.  Hell even authenticity is wrapped up for us in a bow to purchase nowadays. A little beard oil and you're good to go.

I felt like I was being wrapped in a bow on a big label but now everyday I'm involved in the whole process.  Yesterday on my day off in Austin I laughed when I pulled into the Goodwill to look for more women's shirts for indigo dyeing.  I was my like my dad and the Invisible Dog crew.

I've always admired and envied farmers who had their crop to tend to everyday and in the off season they maintained their tractors and equipment.  When I'm not on tour now, my brother Donovan and I work on the van.  This is sustainability to me.  It's more than just staying in the black financially.  It's loving every bit of the process even when you don't understand it and you have to study and learn.  I've learned that obstacles are necessary and help you achieve your greatest work.

One day I was driving to work over Lake Pontchartrain and the sun was rising and this guitar is playing on WWOZ.  I immediately called "The Problem Child" who was hosting the show and she said it was Nels Cline.  I've always loved the Fender Jazzmaster guitar and here was one of the masters of it.  At the time I had just begun recording "Campo Santo" and had no idea that I'd end up recording with him.

I read an article once about Nels and he said he almost quit and before we played our show in Brooklyn I asked him backstage about it.  "Why did you almost quit?" He said that he had so many interest in what kinds of music he wanted to play and didn't want to have to pick one genre.  Man it made me feel like I was on the right track.  I think this is why I've done 3 records since "So Long" and haven't released one of them.  "Louque The Drifter" is a mix of old country, reggae, Fellini, freak folk and then immediately we made "For The King's Court" with The Royal Vagabonds".  I guess the feeling was like being on the side of the interstate and you just can't find an on ramp and everything is speeding by.  It's so nice to have finally merged in amongst the noise and set the cruise at 63mph as I achieve sustenance. Thanks Nels, and the whole Invisible Dog crew. 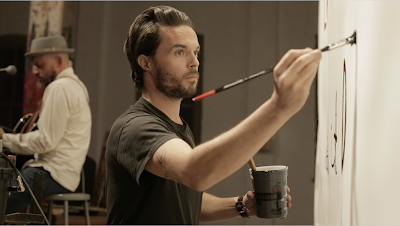 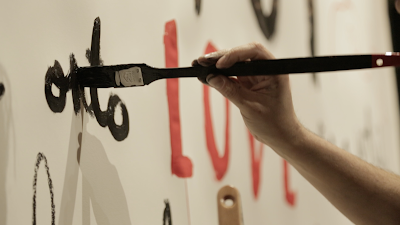 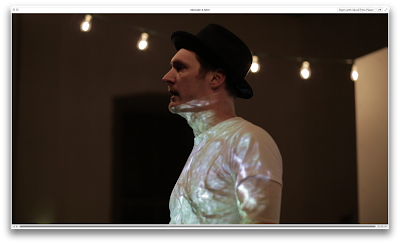 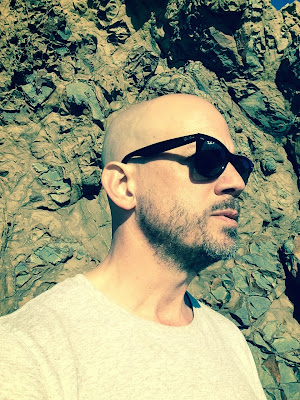 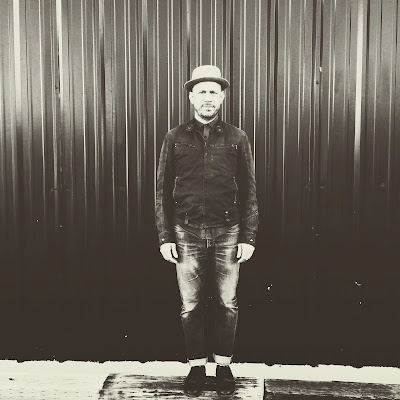 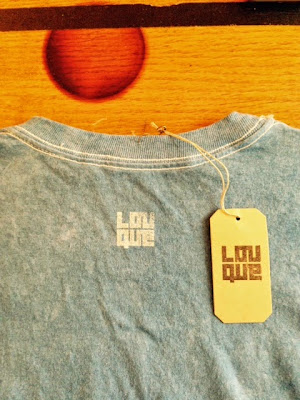 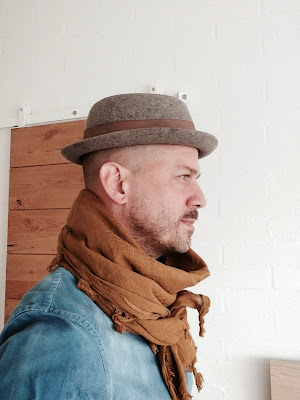 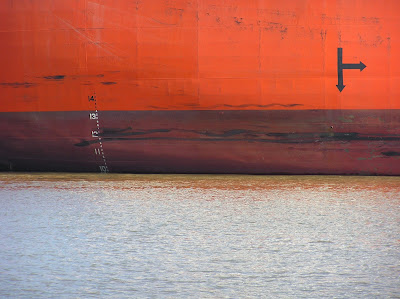 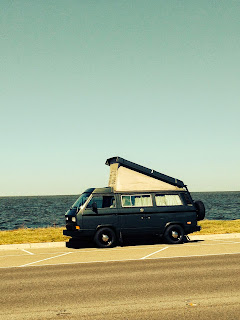 I've never had this dream. A VW camper van, a guitar, and a black iron pot.  What? I've never really camped that much, maybe in the back yard as a kid or for special occasions.  I guess we did build a lot of cabins in the woods.  I enjoyed being in the woods building something out of our own imagination.  Once we finished, we chewed tobacco on the roof and spit off of the roof.  I would rake the leaves and clean up a 20 ft. radius around the cabin but never could keep em away.  Every cabin ended the same way.  Snake!  Once they found their way in, it was done.  I'd never return to it out of fear.

As a kid VW's were a big part of my life.  My dad had an 1972 Orange Super Beetle.  He used it to go to work and I'd scrub it with a light brillo pad to get the factory residue off of the paint.  We'd sit on Mamere's porch and admire it when it was clean.  I'd tell everyone how the restoration process was going to happen and they would giggle at me.

I was getting close to driving age and my dad was taking me seriously as my parents always did.  We got the engine rebuilt and bought a junk VW for spare parts.  I loved to exchange interior parts and fenders and to see how the parts worked.  We got the engine back running so smooth and prepped for painting only to buy this hot rod of a VW before completing it.  We soon regretted that decision.  Though the car was an amazing street rod, we lost precious times of imagining and working on it together.  It was my first lesson in the laws of instant gratification. 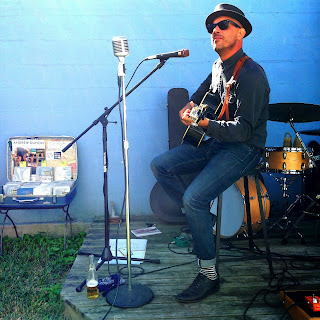 What a gift it is to be touring again.  I spent years idly watching from the sidelines as others built careers for themselves but it just didn't make sense for me.  It scared the shit out of me actually.  That old music business model.  I didn't want a jet plane with my name painted on it, or my face painted at the New Orleans Airport.  The thought of those things makes me sick.  I think it's antiquated.  The rock star thing.  Hell, I saw a young artist video the other day and he completely ripped off Dylan to perfection.  I'm sure he was cool to the folks that don'n know Dylan but the next Dylan is not imitating Dylan.  These things are the sort of thing that make me hide for 5 years and make music and file it away.  These are the sort of things that make me want to run off with "Kind of Blue" in the woods and listen on repeat. 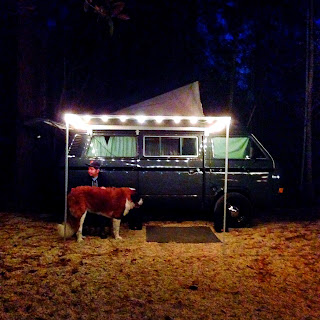 But you somehow muster enough courage to get through all those feelings and move on.  You put on the hat and you play.  You let your imagination lead you and allow your vision to steer you. 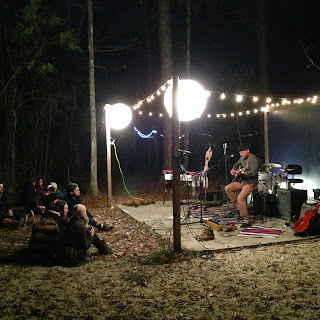 The Rural Experience was a nice venue to play in.  Artist Rebecca Rebouche hosted the event and Kristin Diable and I played shows.  The more I play venues, the less I like it and start to feel like a machine again.  I'd love to learn to take the feeling of playing in the woods to the venue. 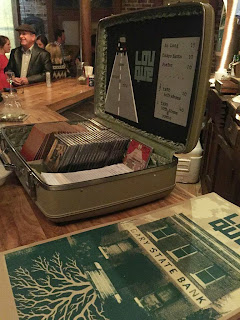 Pop Up and House Shows have been really good for me.  I've been meeting lots of people who have written me over the years and it really makes these shows special.  I have numerous experiences with folks who have traveled distances for a show only to host a show of their own afterwards.  It feels organic to approach music this way.  A shared experience as opposed to a hip advertisement trying to hook you.  I never tried to get people to like me.  It's a silly concept. 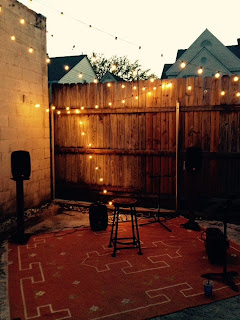 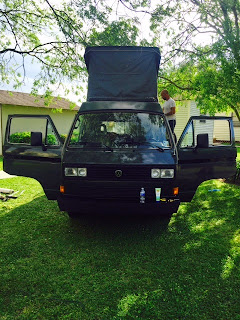 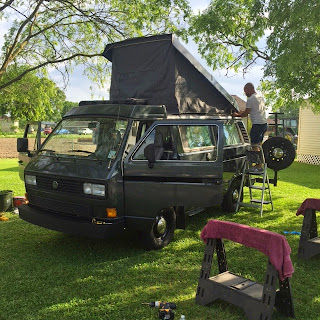 It's good to keep in mind those VW experiences from childhood.  When I was on Atlantic records; it felt like I sold the fixer upper for the hot rod.  Everything was cheapened and my hands weren't touching everything and loving the experience anymore.  The other day, someone inquired about a show I'm playing in Austin and she was surprised that I wrote her back and not a publicist.  I should have told her I was the publicist. 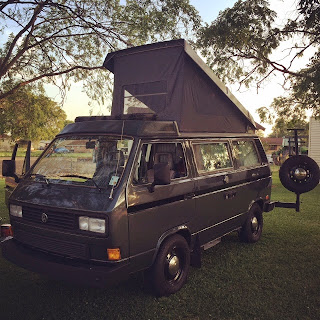