Mourning For The City Of Light, For Mankind.... 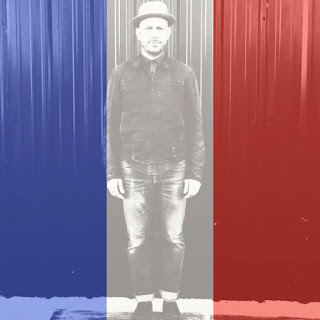 Here we go again.  More crazy terror.  I not only feel for Paris but all the small countries that experience this everyday and we don't hear about it or maybe we do but can't quite connect to it like we can to the City of Light.  We can't even connect to it when it happens on our own soil.  I remember being in Williamsburg during 911.  It was quite a feeling.  Everybody put their coolness and clever attitudes away and needed each other for a bit.  It wasn't long before they all slipped back into cool and began smearing the beard wax.

I often feel too serious and wish I could make cool music or fun music that people come to New Orleans to hear.  But I can only create truthfully.  I want to say the things that no one is saying.  Say the things that no one said in the months right after 911 when everyone was about go spiraling back into the nothingness of money, cool and the new crack, social media. Andy Warhol had no idea it would be more than 15 minutes people needed.

The other night I came across a notepad that read "Letters To Patti Ann".  These were letters written to my cousin Patti when I lived in Brooklyn.  She had almost died and woke up with no arms and legs.  Now what do you say to someone when their world is turned on its head?  The letters are encouraging as I'm experiencing great difficulty trying to will out a record out of myself for the first time.  It was because of Patti's late brother Joey that I set myself on a new path in life.  I vowed at his funeral to never let myself slip into nothingness and to follow my path no matter how afraid I was.  I've always felt that "So Long" was a heavy record but people have been finding it over the years.  Now I realize why it feels the way it does.  These letters tell the story for sure.  They are direct and almost feel like they're from someone who's a military leader.  In one letter, I'm telling Patti that I woke up to the sounds of sirens and looked out my window and saw the World Trade Center was smoking.  Ladies were running to me as they got off the Williamsburg Bridge with fear in their eyes.  How do you let these things go?  Where do they go?  I've never been able to let these experiences settle anywhere and hide.  I wish there was a leader that had a deep wisdom and the ability to get to the people's hearts and slow everything down.  From this day on, I'm not going to feel bad or weird and judgmental towards my music.  I'm going to let it be.  Maybe I'll never have a hit song, but when it's all over I will have lived truthfully in my time.  "I walk onto the wild side, Wildflower." 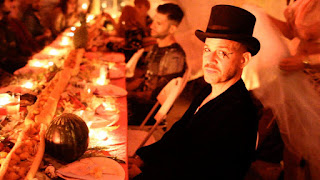 Posted by Louque at 9:00 AM No comments: