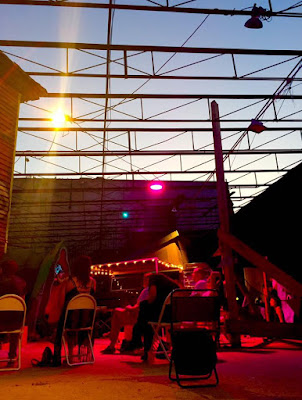 On Sunday night we put together a show at PORT in New Orleans.  The space had no roof and was high enough to bring the van in and set up a make shift camp sight.  Doors were at 7:00 which meant we had to get there at 4 to properly set up everything and make sure the space had just the right vibe. When we got there the sun was burning down on us in the hot June stillness but I knew it was going to be worth it once the night began to fall and the swamp projections became visible on the wall. 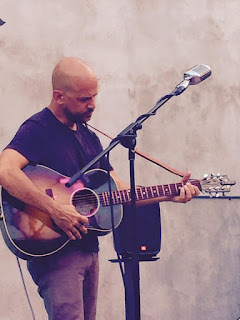 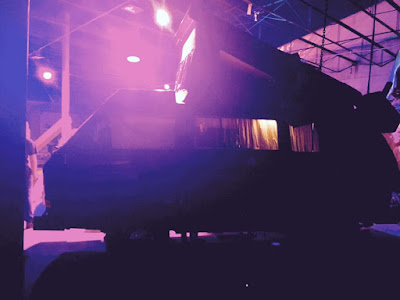 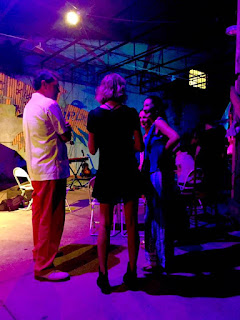 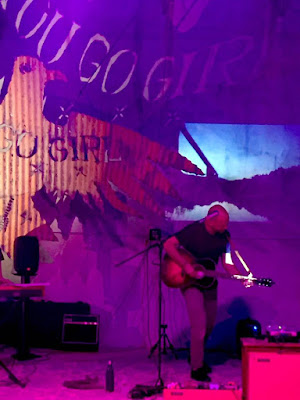 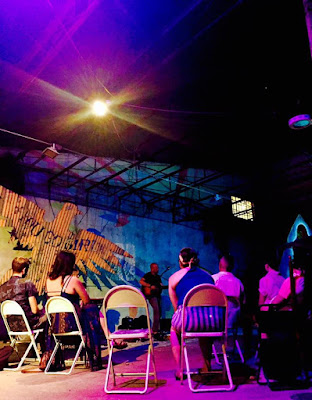 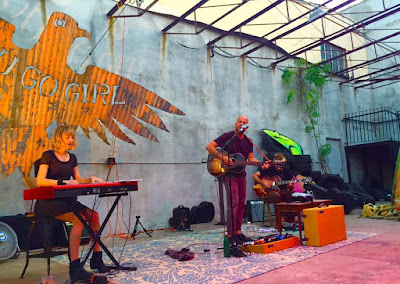 Raja Kassis joined us for the evening on guitar after having only one rehearsal.  We had some nice musical moments that went along with the swamp scenes behind us.  My favorite thing is having a vision and seeing it through.  There's so many details that go into putting on your own shows.  If you forget one little cable or adapter it could make a huge difference.  I don't really get nervous for shows anymore but I do have a lot on my mind the day of trying to make sure all my bases are covered. 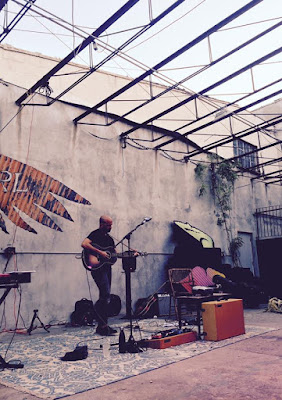 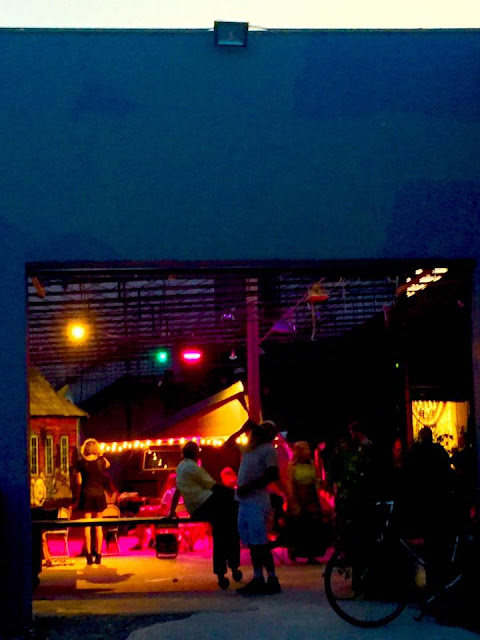 This is why I like playing in non music venue kind of places.  This scene is not like anything you've ever seen.  We don't play on a stage above the audience.  We don't disappear backstage after the show.  Everything is out in the open. 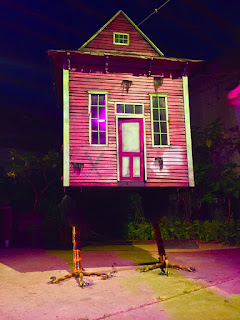 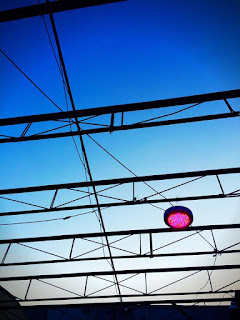 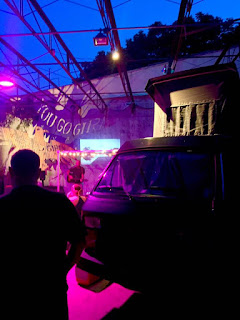 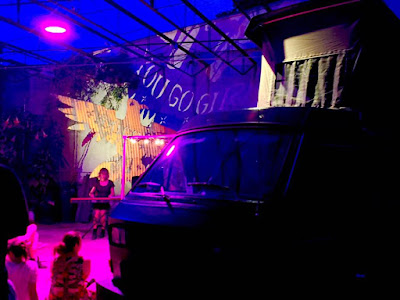 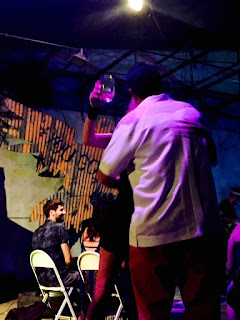 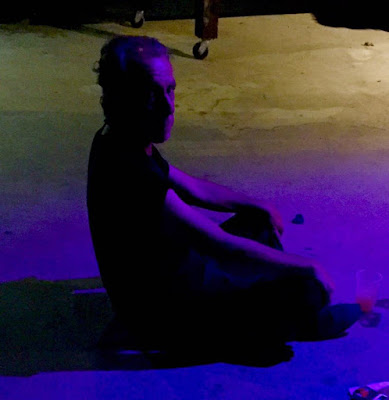 Chris Rose has become a dear friend.  He heard me last year at a Katrina event and has loved my music ever since.  He was there with his friend Lori Kramer who took all of these pics.  I remember getting to know Chris' writing during Katrina.  Every morning he'd have an article on the front page.  He was reporting from the scene every night.  No electricity, looters and guns everywhere.  It's hard to imagine that our city lived through that and we came out the other side and got back on our feet. It's nice to be appreciated by a guy like him. 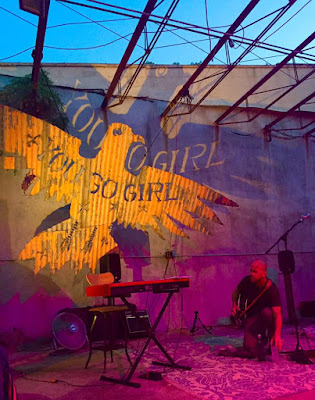 I'm very excited about sound right now.  I've been practicing a lot of guitar lately and exploring new sounds.  I have a new Roland JC40 coming soon that will be small enough to fit in the van and big enough to beef up my sound a bit.  Raja is used to playing African music and was excited at the chance to play music with so much space.  Two weeks ago he was in Morocco playing to a large festival crowd and on this night in front of 50 people seated watching every note.  During the intermission he told me how different it was for him to play in this way but he sounded great. 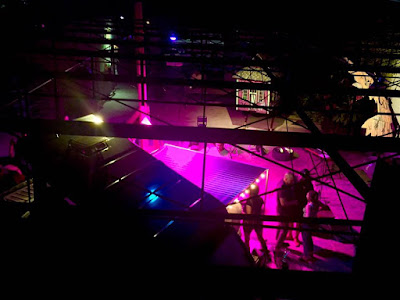 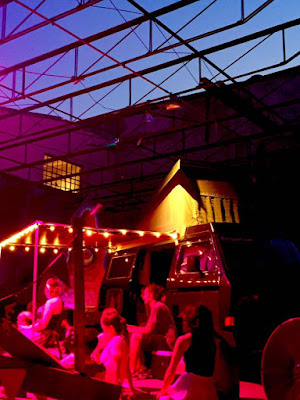 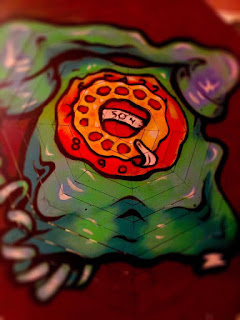 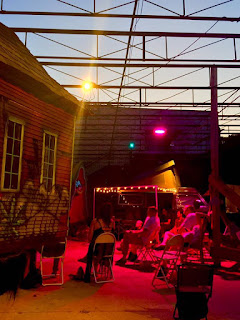 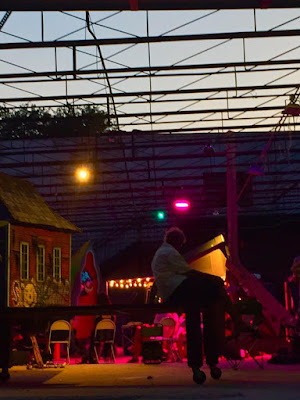 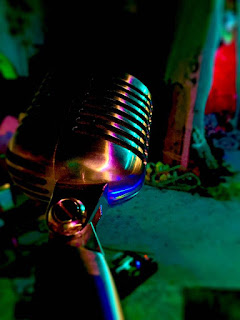 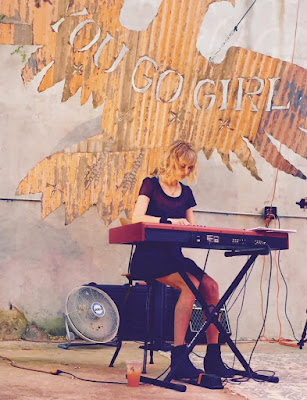 This was Margaret Hebert's first show since breaking her wrist and first show playing a Nord Electro. I've been wanting her to explore more sound design and move away from the piano and the vintage Wurlitzer we've been using.  She was very brave to get up there and play.  Many people were seeing her for the first time and she barely had use of her right hand.  We expected that something good would come out of her injury and due to the limitations we discovered more ambience and space with the Electro. 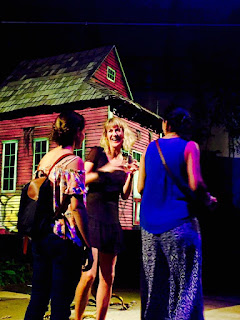 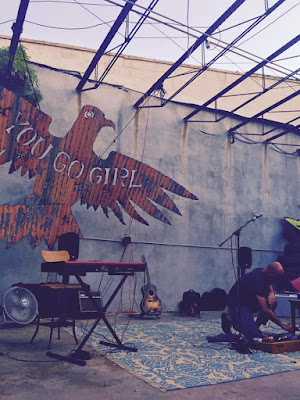 It was nice to play an ambient show in New Orleans and have people come out and buy tickets.  This gives me great hope for my future in New Orleans and sends me out on the road feeling good about doing things on my own with no label.  Happy Trails!