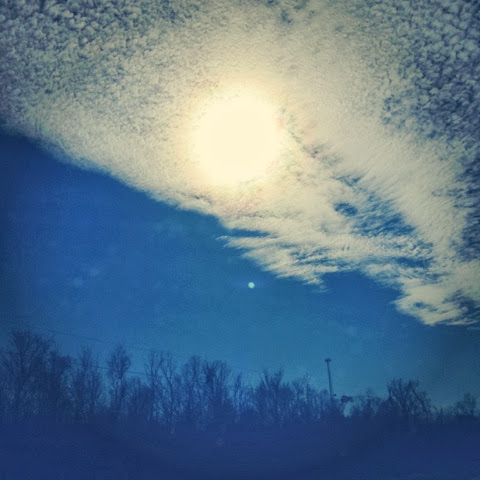 One Sunday in January of 2011 I was having my morning coffee and Danny Blume came to mind and I searched for him and found him.  I listened to some of projects he'd been working on, including his own music and thought about my experience with him recording my first record with he and Chris.  It was a crazy experience for me as I had no idea what I was doing but had good ideas and a little money to make it happen.  I always loved the sound we got together and loved recording vocals with Danny at the board because he had good ears and a whole lot of patience.

At this point in 2011 I hadn't stop writing or playing music but was very much hiding out and no one was looking for me.  I mustered up the courage to reach out to Danny and he replied and I started sending him some song ideas I had and he liked them so we decided that we'd do a record together.  The first song "Free" was done from separate cities as he is in Woodstock and I New Orleans.  I loved the outcome so I  then booked a ticket to NY so we could record a batch of songs.

When I hit the road in the rental car towards Woodstock, I was so excited to work with Danny again knowing what I know now.  When I first started it was so frustrating not knowing how to articulate anything because I didn't have the musical vocabulary so I had to show pictures and draw diagrams and play samples of music to get sounds I wanted.  I was also humbled by my years in seclusion.  I was alone with my music with no manager or booking agents or anyone who really cared.  Well, my wife was there and those beautiful emails that would come out of nowhere every week from people looking for me and thanking me for my music.

When I was on the road, it was getting dark and all these folks were on my mind.  It takes so much courage to keep going sometimes but I knew Amanda believed in me and Danny wasn't into wasting time so I knew he believed in me and I knew the songs I had in my head were something.

I had no idea what was about to take place or the musicians that would be involved that allowed the project to fly away from my grasp.  It is the best feeling to watch a song take off and become way more than you imagine it and to be in a room of equals with mutual respect for each other.

My thank you's have to go all the way back to my dear friend John Ellis.  He was my mentor in the beginning of my song writing days and always took me serious, even when I didn't know what I was doing.  He had checked in with me to see how I was doing and asked if I was still writing music and I told him I was and he came down with a bass player, Madison and Dave Burnett on drums and we cut 5 songs at Axis studio with Misha.  This session started it all for me and eventually let Danny hear what I had been up to.  I did a few more sessions in New Orleans with Josh Werner and Dave Burnett who are my Royal Vagabonds brothers.  After these sessions, I knew I had something.

Woodstock is known for being a haven for musicians from the city and I was amazed by the level of talent and taste living in those hills.  There's nothing like recording next to the wood burning stove and taking breaks to chop wood or to watch bears near the creek.  It was exciting when we started to bring in musicians up there.  David Baron(Lenny Kravitz, Peter Murphy, Michael Jackson), Jerry Marotta(Peter Gabriel), Zack Alford(David Bowie), and Nels Cline (Wilco, Nels Cline Singers).  Finally finished "Campo Santo".  All we have to do is master! 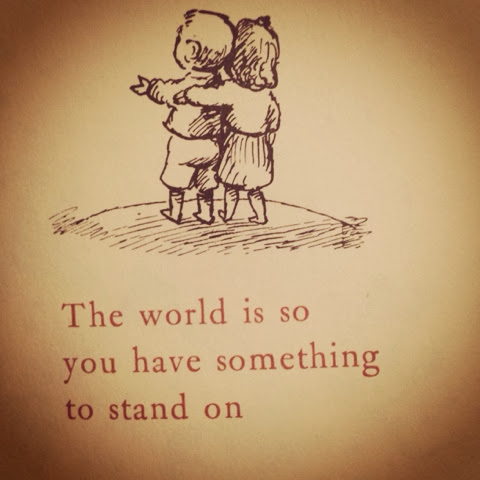 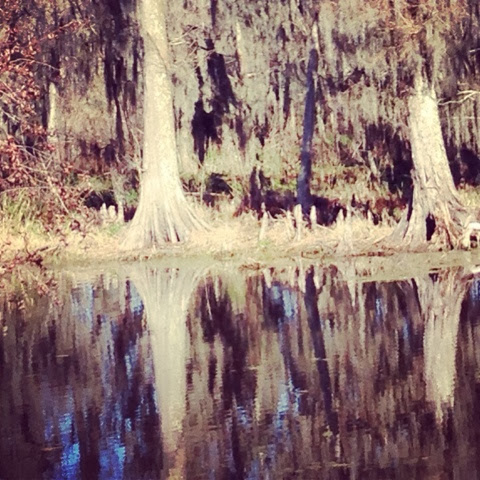 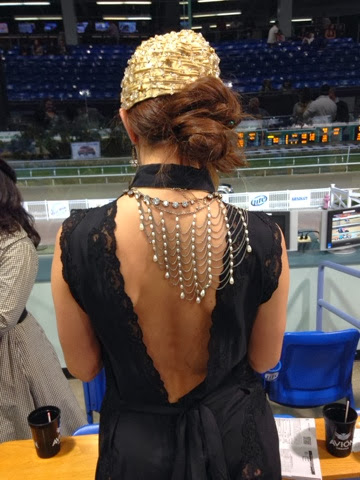 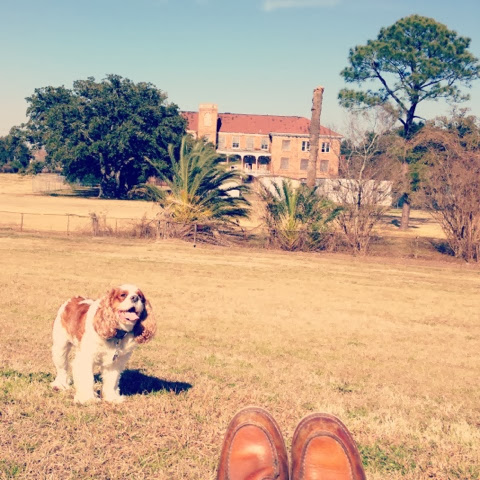 Of course during the course of all this music making, there is life in New Orleans.  Luca gets me out of the house and takes me on walks and gets me out to Holy Cross for some peace and quiet and nature so I don't drive his mommy crazy.  I still manage to do it though. 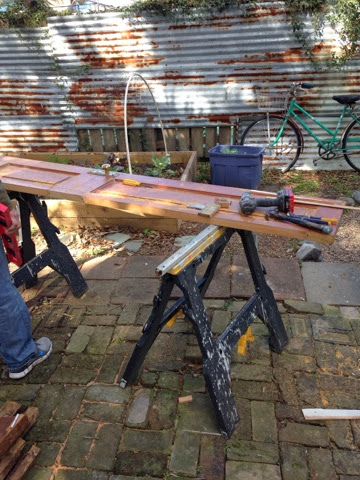 We're nearly finished the bottom bathroom renovation.  We hired Cody and his friends to do the major construction of moving the doorway to the hallway.  Jay and I cut the door in half and made some french doors. They are going to be so nice with some nice hammered glass put in both sides. 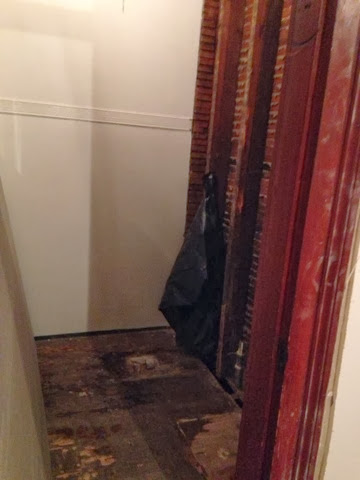 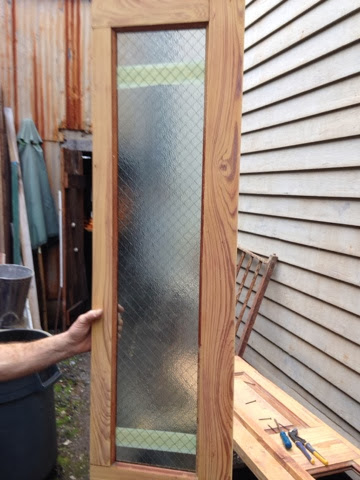 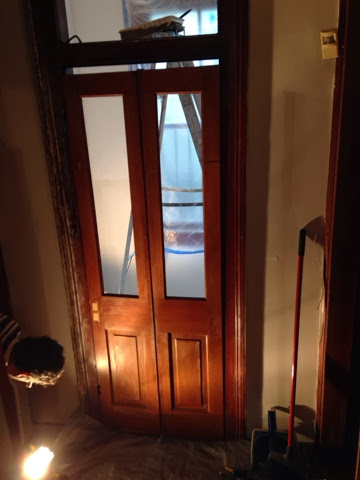 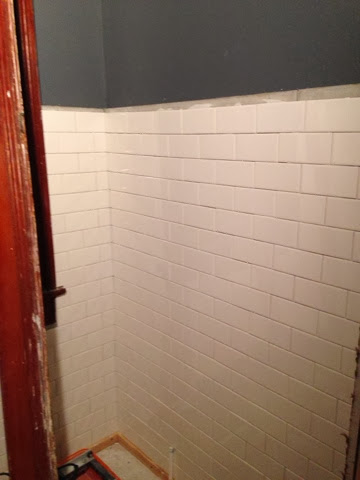 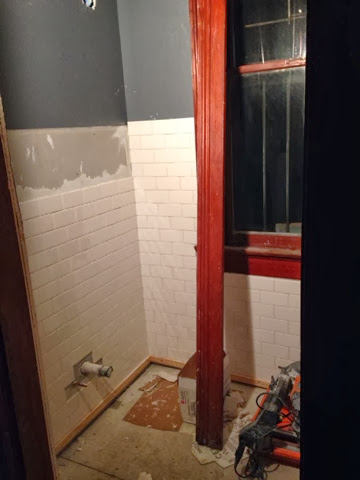 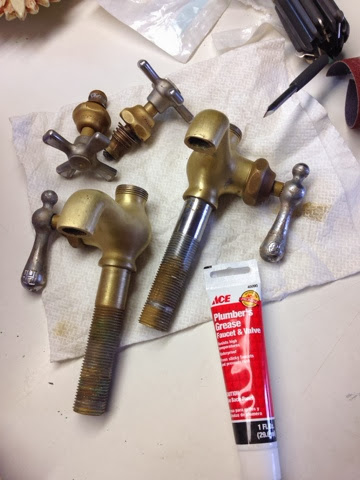 I got Mr. Nolan to help me renovate all the plumbing on the vintage barber sink.  This has been along time as it's been sitting in our living room for two years.  Finally will be put to use. 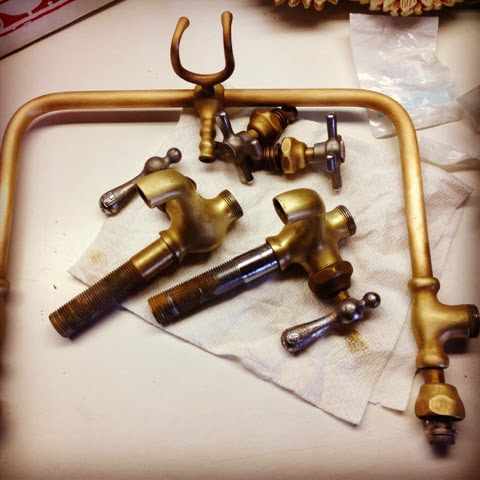 I polished the brass and it came out really nice. 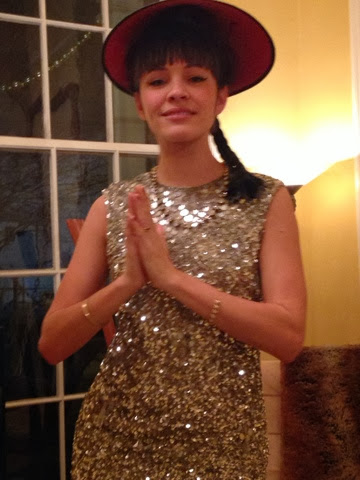 This is Amanda at Dr. Craig's house where there's always costumes being passed around and nights on the town.  It's a great diversion from all the work and recording.  Now it's time to let the music out there.
Posted by Louque at 12:31 PM No comments: