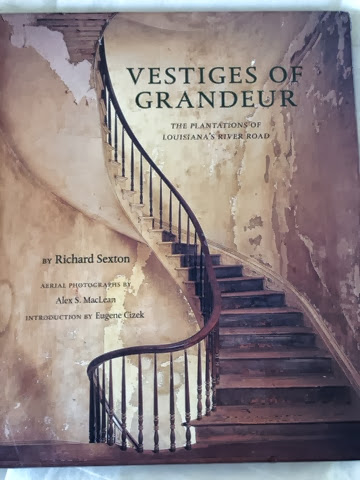 If you're reading this, you've either ran into me on the streets of New Orleans and wondered what the hell I was up to or you've discovered my music along the way.  If you're here because of my music, especially my first record, you're probably saying, "What the hell is this dude doing"!
I appreciate that people are still discovering "So Long"and have a special place for that record in my soul but I've always felt that there were more records and other stories to be told.  After much confusion and hard work through the past 5 years, I've finally come in from the sea so to say.  It's an exciting time in music.  Because of technology we can record much cheaper and have real intimate collaborations with folks across the country and come up with original works.  With technology comes a lot of downsides too, the main one being attention deficit disorder.  I still think of music in the form of albums but the trend now is always the next unknown artist and that one song. But I'm old school and love to labor over the whole big picture of an album.  Try telling an author to write one chapter and release it.  It just doesn't make sense. 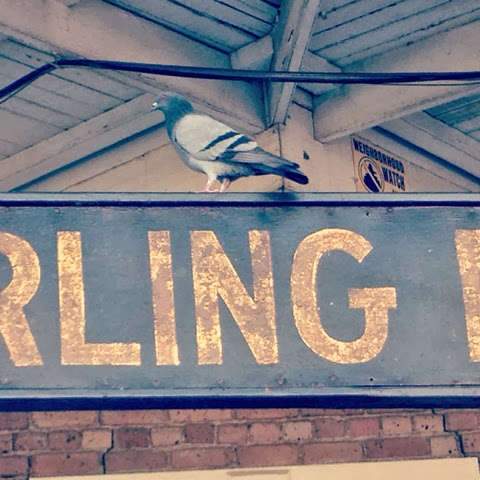 I've made a commitment to only release music that means something to me and to never pander to the local tourist community or fans of my old work.  This hard headedness can lead to a more difficult but fulfilling journey.  I'm the type of person who believes in loving every phase of life; work and pleasure. I feel that nothing puts you in  a comfort seat like having to work for something and to come out on the other end as sharp as a sword.  Which leads me to where I am now.  We've been working hard on being a small part of the New Orleans community and it has been beautiful to watch it grow.  Along with this I've been working hard on live shows and playing solo shows and am loving the opportunities coming my way.  I must say it feels good to share again. 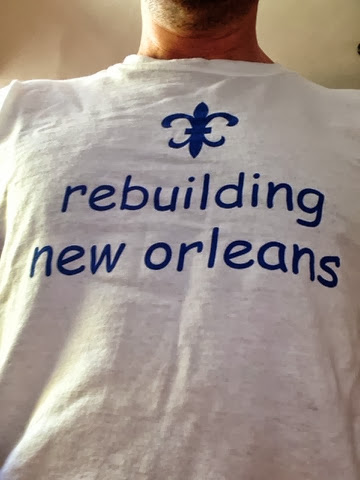 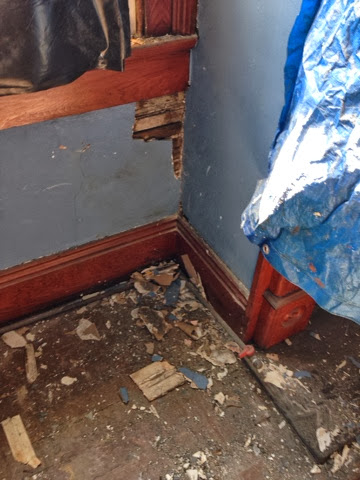 We're just about done with the blue room which will be painted white with white floors.  It will be used for a work space for me and Amanda.  It will be part library and part office space along with a guest room. 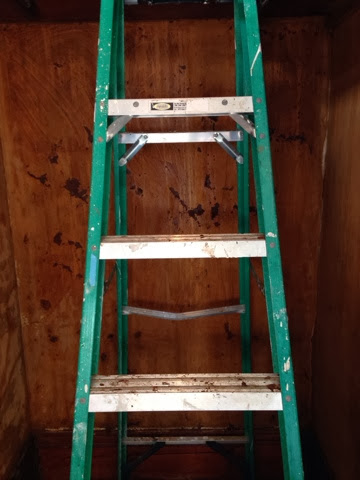 The original plaster will be exposed in the closet.  It was too beautiful to cover up.  We're going to add a few shelves for more storage. 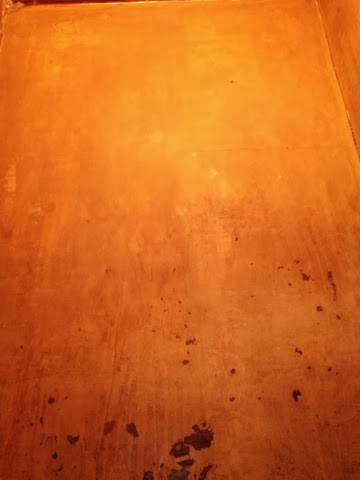 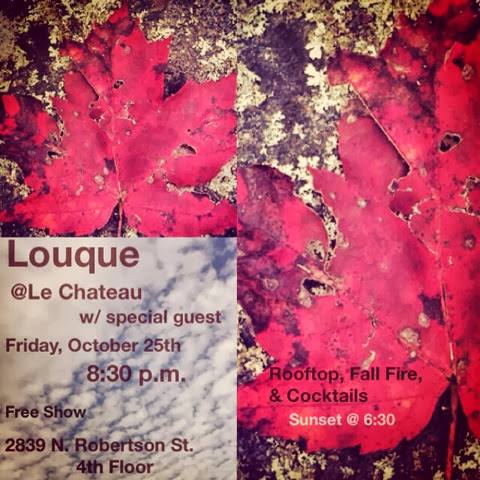 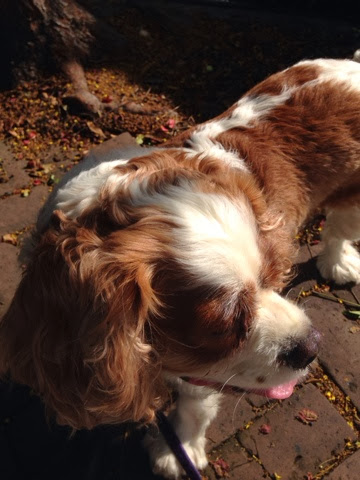 My number one fan Luca. He was there for almost all the songs that I wrote for "Campo Santo".  Whenever a new idea would come and I would start singing it, it would feel like a ghost was in the room and he would start barking at me as if I'm a stranger.  It's almost like something takes me over and he is really bothered by it.  Most of the time he sits at my feet if I'm playing acoustic.  If I'm playing electric he runs as soon as I pick it up.  He knows what he likes. 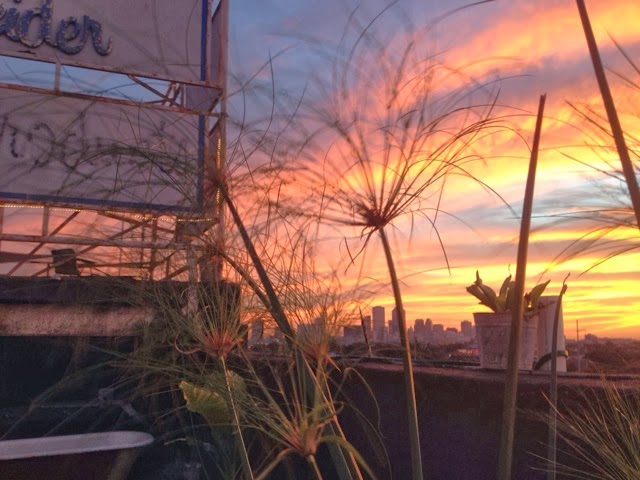 This will be the view for Friday's show at Le Chateau.  Cooler temperatures and fire playing on a rooftop.
Thanks to Heather Hansen. 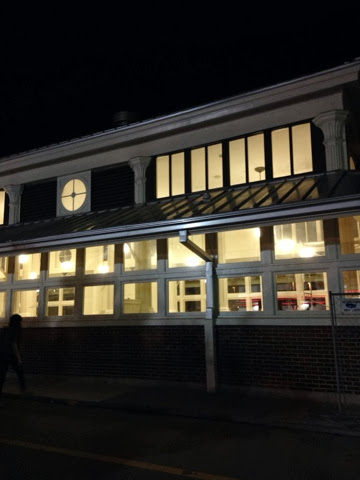 Last night I was told the lights were on in the newly renovated St. Roch Mkt. and had to take a ride to see.  It is so beautiful.  So yeah, this post is about coming in from that long trip out of the sea through darkness and barely seeing the light and coming out of it shining like a knight. 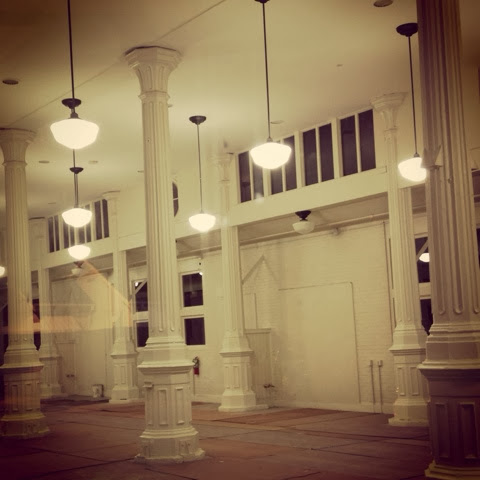 Posted by Louque at 8:20 AM No comments: 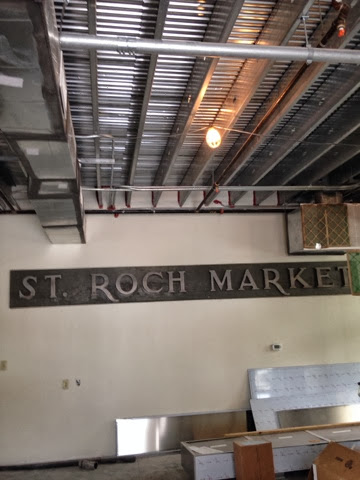 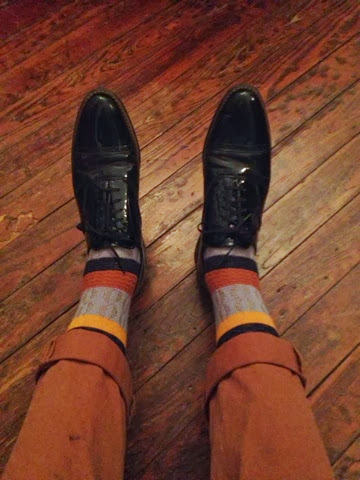 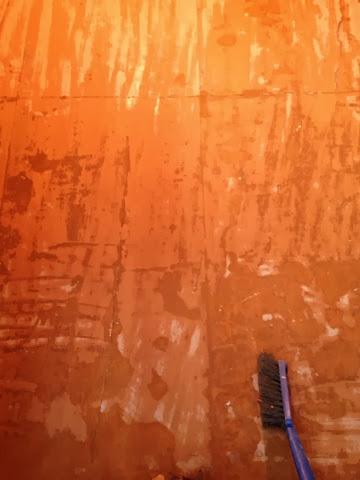 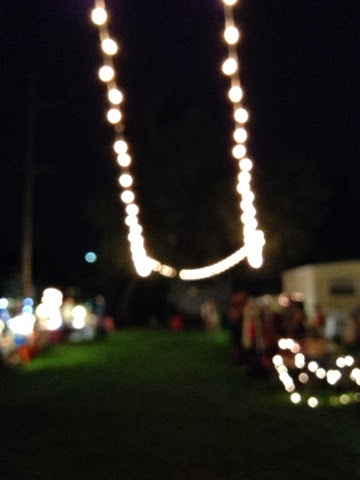 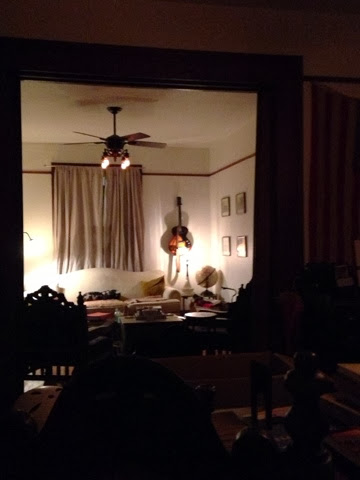 Posted by Louque at 7:56 AM No comments: