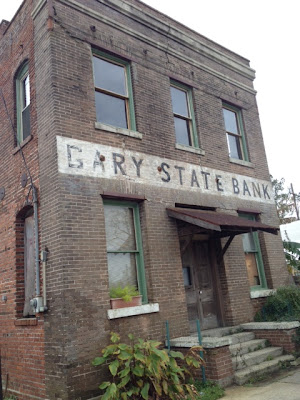 It's hard to believe it's almost been ten years since the release of "So Long" my debut album.  Donovan Guidry and I sat down reminiscing about those days in Brooklyn trying to pull something from deep inside.  I remember going home to Louisiana every four months to research and interview people from Grand Point.  I was finally appreciating my culture for the first time after years of running from it. 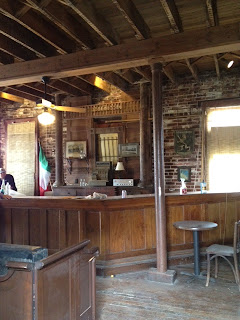 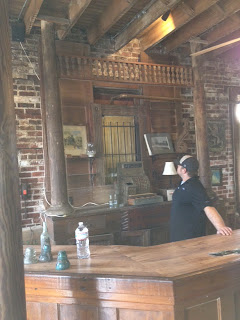 Over the past few years Sean Delauneville(above) has been after me to play live over at his place and for whatever reason I never did it.  I was battling the bitterness of my split with the record industry along with moving on to my new projects and didn't really care much about playing live.  I've never wanted to be a big fish in a small pond or to be celebrated but something real has been happening with the folks back home with that record.  I've heard countless stories of people bonding over that record so I decided to sit down with my acoustic and play a few of those songs late one night and it hit me hard. All those cry's and pleas were now being directed back at me by my own culture who have embraced that strange sounding record over the years. 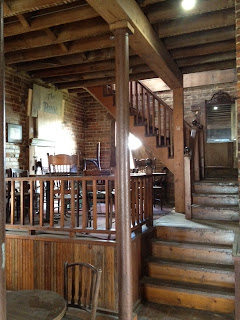 Since starting to play live again, a peace has come over me about the whole thing.  I feel as if I was born to do it and I have a gift and it should be shared.  No more, no less.

We met this week at the old Gary State Bank building, owned by Carl Monica.  This a storied building for him having rode out countless hurricanes in there with his Italian family.  He is a long time historian for the area and is really excited to have some other folks to bring some awareness to the culture. I'm so excited that they will be cleaning up this place for me to play a show in March. 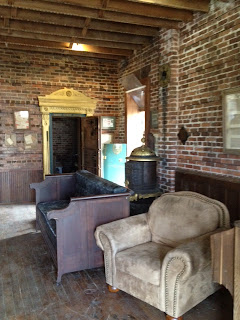 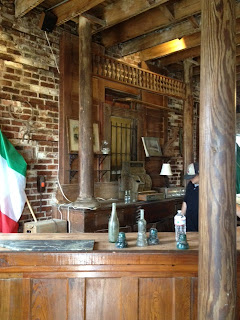 Donovan Guidry and I, along with my good friend Malik Baloney are planning to document everything with video, audio recording and portraits.  We all come from different paths and have arrived at the same place.  Donovan, the Frenchman from Lafayette and Malik, the creole intellect from Garyville.  We are all so excited to have an avenue to share our culture with the world.  Not New Orleans, but specifically a Creole/Cajun region that sits on the Mississippi River.  There will be no talks of alligators or other Louisiana corniness.  We will humbly distill this American life! 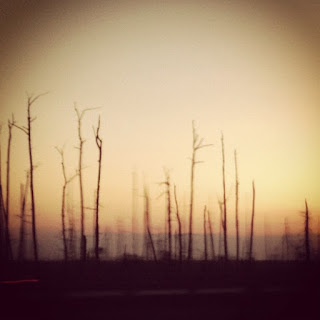 Posted by Louque at 1:40 PM No comments: 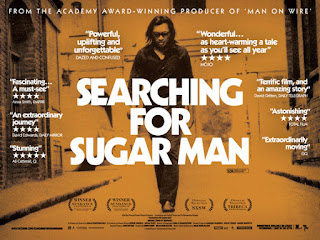 A truly inspiring story about Sixto Rodriguez.  Not surprising to hear what happened to him as the record industry is loaded with soulless vampires.  Such a pure person though, continuing to love music even as he worked regular jobs.  An all knowing soul.  This is what music is all about.  These kinds of individuals sharing their pure self.  Thanks Sugar Man! 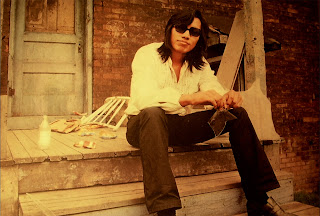 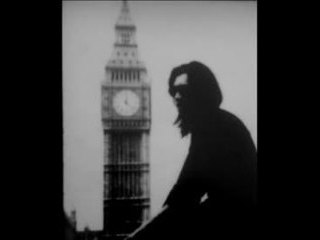 Posted by Louque at 1:20 PM No comments:

The past two Fridays I have tried out playing at the St. Roch Tavern down the street and am loving it.  It is not associated with any old New Orleans traditions musically speaking and that is just perfect for me.  The most important thing about this place is the diversity and in my neighborhood.

I have been knowing William Chandler for like three years now and always knew he played guitar but we had never played together.  Over the years we both learned that we both had a love of late 80's new wave and punk scene.  One day we decided to play and we just clicked and he pushed me into a sound that I've been after for a long time.  Along with being a really tasteful musician, he's great to hang with.

On Friday, he played my Jazzmaster guitar because his Rickenbacker is in the shop and sounded great. We will probably play shows once a month and eventually be recording everything we do for NetLive Music.

Jeremy Krause has been a long time fan of my music.  I guess he heard me in San Diego a few years back or something.  His startup is called "Netlive Music" and he wants to promote me with my live recordings.  We plan to meet soon to get to know each other better.  I'm really excited about playing live again.  I feel that it is providing me with much needed energy and confidence. 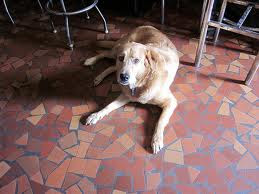 "The St. Roch Sessions" is the name of the night at the Tavern.  I'm eventually going to be bringing in other artist to play and hopefully over time do my part in developing a local, new music scene that isn't tourist music. 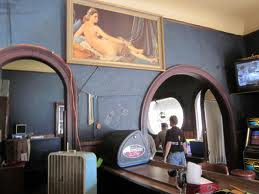 Posted by Louque at 8:34 AM No comments: