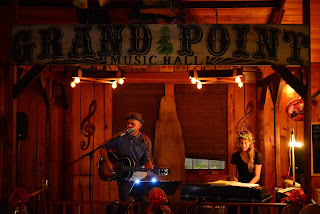 It was a very surreal night to play on the stage at The Grand Point Music Hall.  It was really funny when I played on channel 4 a few times and they kept announcing the event on TV and every time I heard them say Grand Point Music Hall I laughed inside.  It was as if they said Carnegie Hall in their television voices, legitimizing Grand Point as a music destination.

When I came up, there were no artist or musicians to look up to or suggest that I take the musical path so I strapped on a helmet and pretended I was 6'4" and worked hard and played football and baseball and anything else involving a ball.  When sports ran its course, I was left with a great work ethic passed down from local leaders like Norman Buckner on to my parents, to Coach Tim who helped me learn to sit in the pocket and develop confidence as a quarterback.

When I privately took an interest in music in college, I never really told anyone.  I just played for my own enjoyment and eventually discovered a singing voice.  In acting school in NY, I was encouraged that I was indeed an artist and could put to rest any insecurities I had coming from a small Louisiana town.  I remember before leaving for NY reading Marlon Brando's biography and pointing out to my parents that he was from a small town too and that I was not crazy for wanting to test myself in the big city. 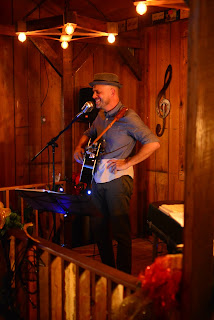 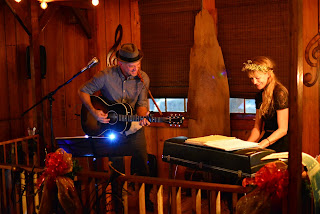 When Tommy and Seth asked me to play there, we decided to wait a few months to play the Eve of Christmas Eve.  No one would be working, everyone would be anticipating the Bonfires and I wanted to add to the holiday tradition.  Wanted to drag it out, smash it on the floor and make it stick around for awhile. 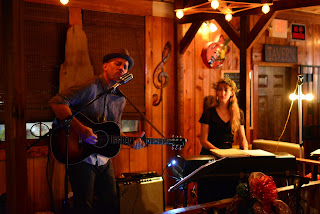 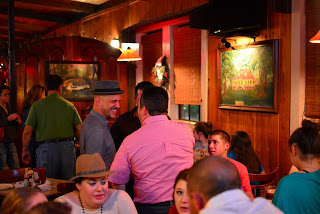 It was so good to see the mix of people young and old and even old Uncle Dave and Pim stuck around to rock out into the wee hours.  When I heard his Ahhhheeeeee, I knew things were going well.

It was nice to see my cousins and share stories of building huge Bonfires and see their kids coming of age, building their own.  It was especially nice to share my new song "Along The River Road" with everyone.  My old ancient song, bouncing off the old cypress walls.  All that wood in there reminded me of being in Big Sur in California on the coast, sitting by a fire in a cabin.  All these years since leaving Grand Point, seeing her from afar helped me to see the beauty in the eroding culture. 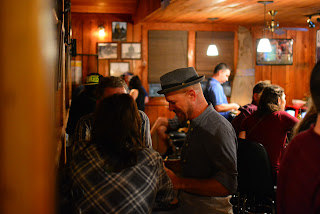 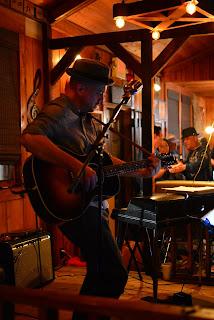 Brent Boe provided some much needed good vibes from the side of the stage with all his crew.  It pure pleasure to remind them of their childhood swagger playing Johnny O's "Fantasy Girl". 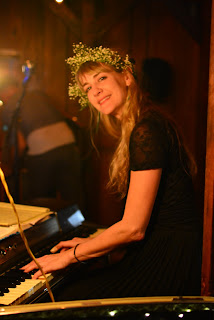 Was happy to have Margaret Hebert on the vintage Wurlitzer.  I'm learning a lot about my own music from playing with her.  Even though she nearly cut her finger off during the week, she was still able to play beautifully. 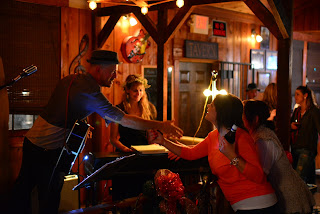 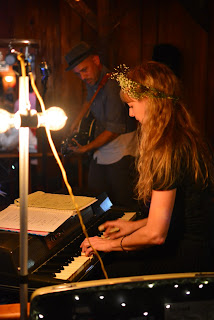 Thanks to all who came from near and far.  I feel like if I had continued on a major label and sold out in the slightest way, we would have never had that kind of night, that kind of connection.  Someone asked me where I learned to sing like that and I just told them that it was just the sound of someone who kept getting up after being knocked down.  It was the sound of the resilience of Patti Ann and Nelta Louque, the sound of old Grand Point. The sound of a boy who thinks he's TaTa Jones.

Posted by Louque at 2:58 PM No comments: