The Royal Vagabonds and the Fallacy of Rome.. 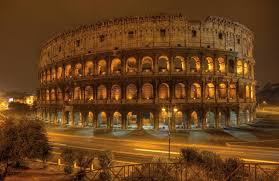 It is coming up on five years since the completion of The Royal Vagabonds record "For the King's Court".  One day Josh Werner and I were sitting down after he got back from tour and after I got back from traveling and running from the music industry.  We were trying to describe the feeling of being a musician and traveling and how inside you feel so rich with experiences and creativity but to the folks you come across on the road you're just some vagabond musician.  I was still suffering with bitterness from my record label experiences and I said I felt no different than some of the classical composers from way back in the day playing music for the king's court.  In that moment we agreed that we would someday make a record called Royal Vagabonds, "For the King's Court". 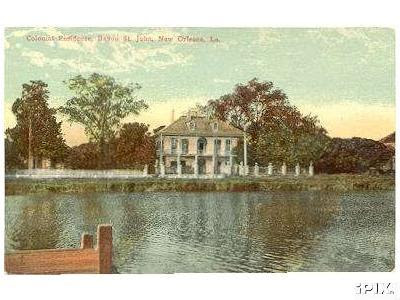 I was living with Amanda in her Bayou St. John apartment at the time and was obsessed with the Marie Antoinette sound track and playing my new Fender Jazzmaster through a little cigarette amp.   Life was so beautifully unaffected by the world around us and I was so afraid of taking her into the realities that I had discovered along the way but she was curious and there was no stopping her.  One of the first songs that came to me in the bathroom, great acoustics, was This American Life. 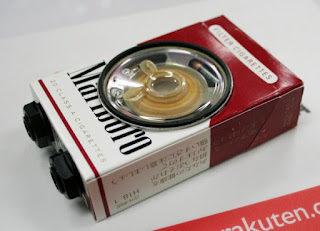 After a few months, I called Josh and told him I had about 5 songs and so did he.  I went up to Brooklyn and we played them on the couch and knew we had something special.  At night I would go out to hear live music and I saw this drummer Dave Burnett and just loved the way he played.  The next day I told Josh about him and turned out Josh knew him from way back.  Just like that the next day we were all in the studio playing and then recording.

At this point, we had tons of recording experience and knew what we wanted.  We went after a sound that was one part Americana and one part late 80's Manchester.  We did one session at The Bunker and another at Headgear and we were done.  After one over dub session we headed to Los Angeles to mix with long time friend Dan Long. 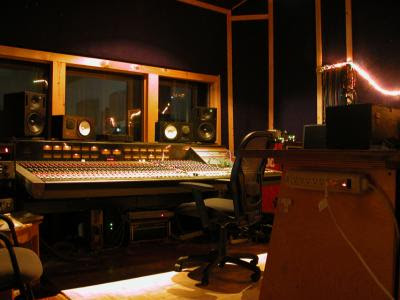 At this point the industry was changing and the old business model was changing.  There was no way we were going to sign some old recording contract and be put through the grinder we all just went through.  Williamsburg was changing too and the indie labels were becoming the majors so we just put the record on the shelf and played a few shows here and there and chalked it up as a pure musical experience.

The Fallacy of Rome
By: Lance Grady

Palaces postured on hills to wow the masses
For if a man can seem to be a god, then he must be worshipped
Rome built roads that lead to her own self, believing salvation is housed in possession
The truth of the monarchy is wrapped in physical prowess
Size of the sword
Size of the treasure trove
Shine of the crown

Not so o' wise and arrogant ones..
For the path to knowing is beyond the outer wall
I walk against the current of the masses, to the bend of the road
It is the man who errs then learns
And seeks the prophets that finds answer
Build your castle and rule with fear
As for me, I find royalty in the fields,
in the camps of the vagabonds is where the prophet lays her head and I go to find her...

The timing of a trip to Rome could not have been more apropos, upon being introduced to my dear friend's latest and truest composition, For the King's Court.  With this volume of work, Royal Vagabonds (Dustan Louque, Josh Werner and Dave Burnett) capture the fallacy of corporation, the emptiness of ordinary, and the possibility of discovering a lost love.  It is pure, and splendid.  I saw Rome in all it's preserved splendor as well, and thought aloud how terribly difficult it would be to not believe.  Imagine your walk from the fields to the palaces of the emperor.  How confusing to a young man..does Apollo live here?  And in this day, amidst the corporate ruling class it is hard to decipher who creates, and thus who to follow?  Until you find those like The Royal Vagabonds who refuse to paint ceilings or canvases, or to simply put it, to write for a contractual agreement with the monarchies of the western world.  Creation and life and sound are the backbone of this record.

To Rome again, and as we turned the corner from ancient to renaissance, my wife and I saw very little difference between what Caesar had built or what "God" had built.  Impressed, yes. Inspired, somewhat.  But what our lens did not capture was what our eyes saw.  We witnessed a struggle.  In a city renowned for its art, we missed the artists.  Oh, behind the turn and down a step or two,  we discovered what we came for.  And even inside the belly of the beast one can find something so perfect as a pieta'.

And today, in this age, in a world of music, where are the composers?  Honestly, they are wrapped in commercial splendor (physical prowess).  Listen closely though, and you will hear the whisper from the camps.  It may take an idol to fall before the democracy will pay attention, but isn't that what conquered Rome?  It's self-worship.

So I found so much truth in my journey, and I find that much truth in For the King's Court.  If you know The Vagabonds, then you know what I am saying.  If you seek a new sound, and have yearned to see beyond the outer wall, take a look at the camp of The Royal Vagabonds; for in it you will find a lost love. 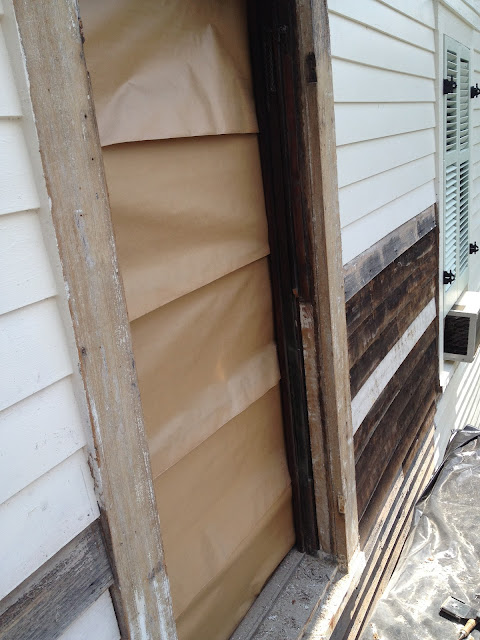 Summer is here in New Orleans.  I've been trying to beat the heat and finish this side of the house but I think the heat is here.  We're getting close to the end, just a few more windows and a few more sections to go before we move on to the front of the house or to the Blue Room renovation.  Though it is a lot of detailed work, it is rewarding when you step back and see it from afar.  I guess life can be that way.  We stay so wrapped up in the day to day and it is only when we look back on our time that we can get any kind of perspective.  I would love to only be making music and touring but that sort of life is not knocking my door down.  Instead, I work, renovate and work on music at night and play shows in New Orleans.  Good things do come in though, special people and special projects always come at the right time. 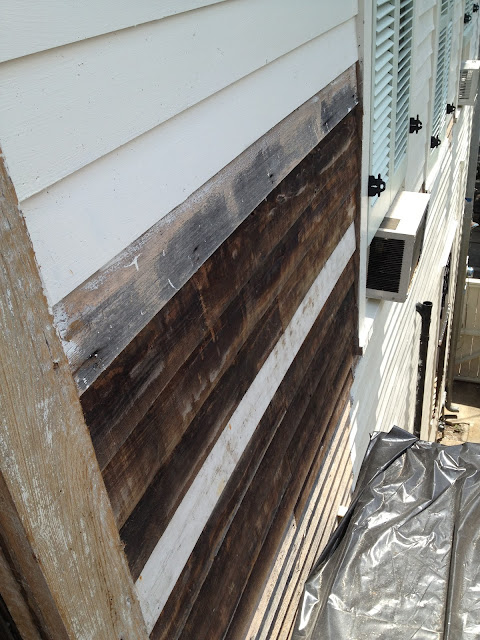 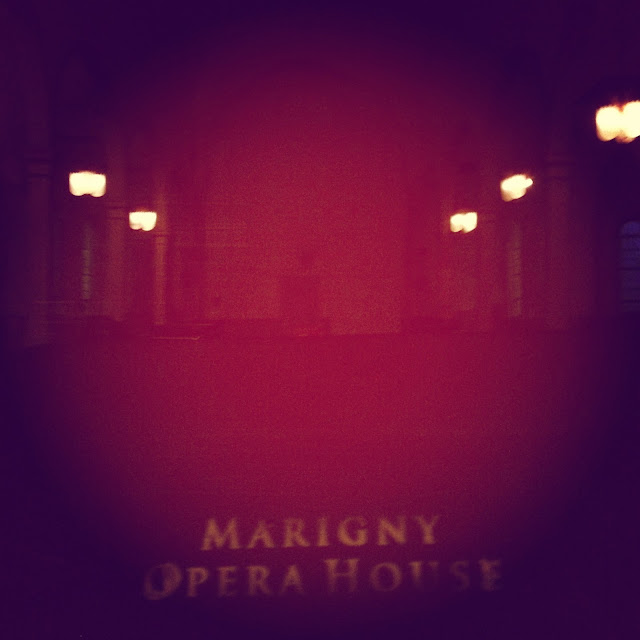 I've been wanting to play the Marigny Opera for a long time but as usual felt like an outsider in New Orleans as all sorts of other musicians were doing shows there.  Over the past year I have had contact with Dave Hurlbert, the owner and curator of the MOH and we talked of me possibly playing there but he never really knew what I did and time just kept doing what it does.  Well, we finally met the other day for drinks, me thinking I was going to have to explain my story but when we sat down he told me he loved my music and my story.  It really felt good to be accepted in New Orleans by a venue like this.  He not only said he wanted me to do a show there but also gave me the keys and a residency there. 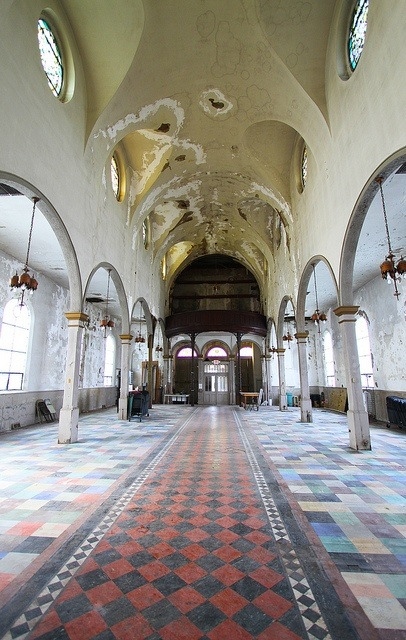 It was very exciting to shut the door behind me that first day and watch the light keep changing while playing piano.  There's a concert Steinway grand piano in there and it takes me back to when I used to only play piano.  I've been down many challenging roads and I never know if I'm taking the right turns but when I sat down in here that day, I felt like I  was home. 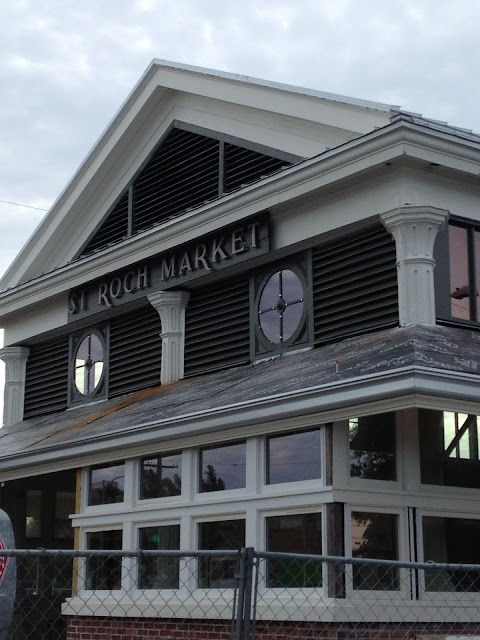 The St. Roch Market is nearing completion and looking forward to shopping here. 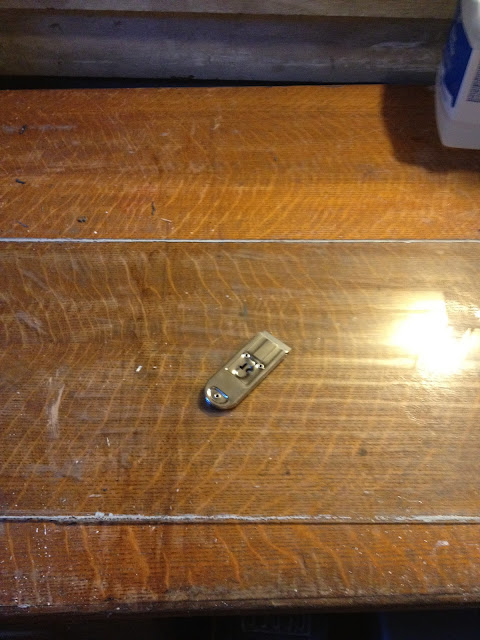 I was able to salvage a lot of the original glass but also replaced and cut a lot of new glass for the windows. 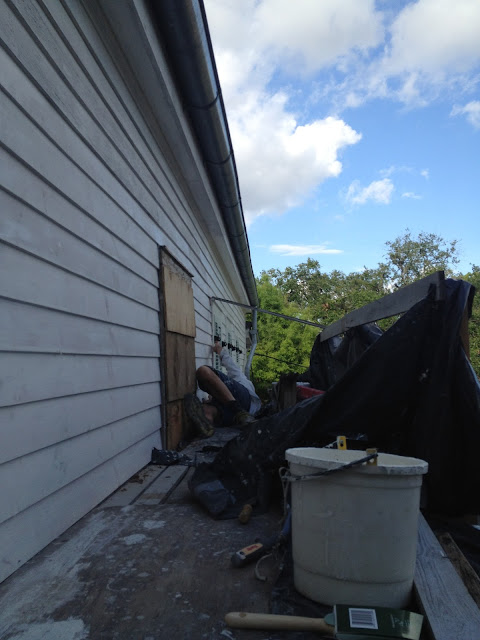 Jay way up there under the roof scraping. 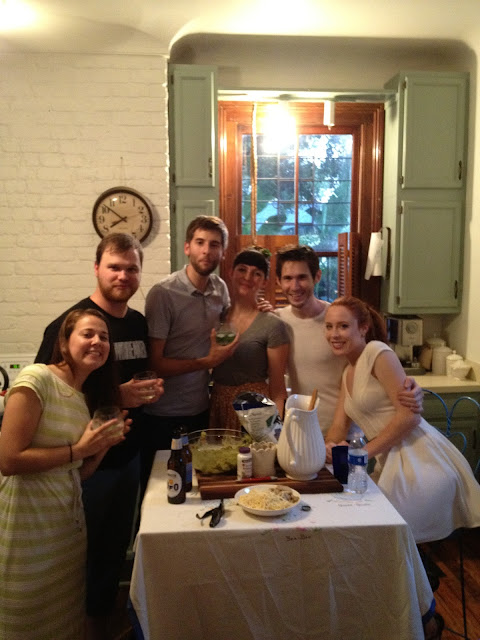 While Amanda was on her west coast road trip, a few friends came over for a cook out. From left, Sarah, William, Thom, Leila, Simone, and Amanda. 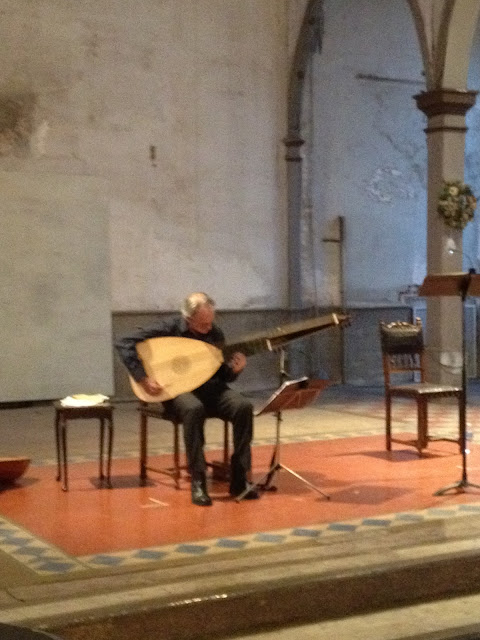 This was the Opera at the MOH last month.  It sounded so good and was a little intimidating to imagine playing in there but I'm ok now after having practiced in there. 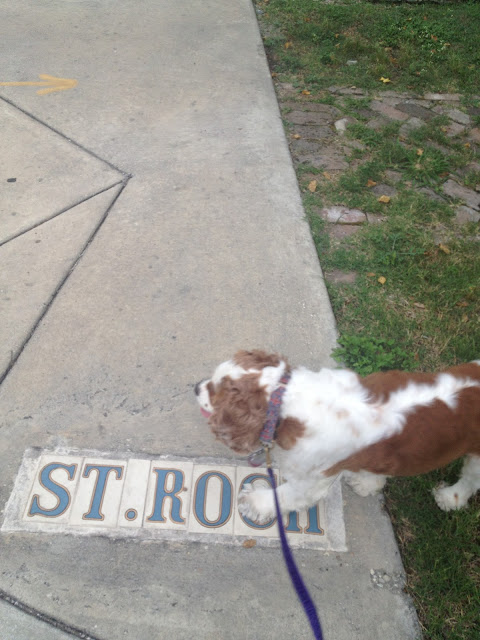 Found some words:
When we fearlessly fight for what we believe in and remain hopelessly optimistic about life, love and the future, we create an authentic connection with all in our path.  Most importantly with ourself.